skip to main | skip to sidebar

It has been over a year since I last updated the blog. At that time I was working out of Boston and had a 3 hour one way commute. Needless to say that combined with a demanding job doesn't make for a lot of time for blogging.

I finished that role about a year ago. It was a good one. Essentially I was running the IT infrastructure and security for a investments team with over $100 Billion in assets. We built out a new data center in the middle of downtown Boston, designed and implmented a new network, completely revamped the security design and implementation of the organization, and changed the financial reporting applications along with the assoicated SoD controls. Not a bad roll for two years.

The time and the stress did take a toll though. So being the masochist that I am, I decided I would de-stress by taking a role running the complete PCI program for a Fortune 100 company.  :)

We got our compliant RoC for one of the business units in May and are days away from the same for the rest of the orgnaization.

Would you invest in a company that lost $2 trillion last year and has a net worth of negative $44 trillion?

Let's go a step further. If you worked for the company above what would you be doing right now?

Missed the 5:00 because a meeting ran late. Should get home about 9:15. Will miss saying goodnight to the boys.

AV is now useless. Even with draconian settings it catches less than half of the threats in real time. By the time a signature that works gets there most crap has been on the box for over a day.

That said tell me what is wrong. Also what whitelisting products are good and why?

Waiting for the train

Been taking the train for the last two years since I took the job in Boston.

I have a love hate relationship with the train at this point. The price is right at $300 per month. When I choose to drive it is about $60 a day not counting wear and tear on the car. That is for gas tolls and parking only. It (the train) is mind numbing though and steals another three hours a day of my life. The drive is usually about 2 hours give or take 30 min. Most of that extra time comes out of my work time so it ends up being more of a job performance issue than a personal time issue. Either way not optimal.

Ok that guys was clearly a diggit

Ok I have a new iPad and it removes my excuses for not posting during my 2 hour + commute. (by train not by car.

Let's see if I can get this going again.

A letter to NPR Management
1. When are you going to fire Terry Gross for her constant and recurring passive aggressive attacks on Christianity and Judaism?
2. When are you going to fire Nina Totenberg for her vile health wishes on people she doesn't politically agree with?
Consider this mail one of more than 387 calling for their ouster.
Now that the vitriol is out of the way I really don't think they should be fired.
It is ok with me if they hate conservatives or Christians as publicly as they do. Just not with my money funding their agenda.
For you to fire someone because they admit to some discomfort and have the healthy approach of self critically analyzing their own thoughts is reprehensible on your part. More significantly that you would do so in part because they are willing to engage in a discourse with ideological opponents proves that your organization is a small minded pseudo-intellectual propaganda source.
An organization that is this ideologically monolithic has no right to receive public funding.
Posted by Jim C at 3:04 PM No comments:

Why the economy still sucks

From the LA Times the Whitehouse is advocating the repeal of part of the health care act.
If you multiply this by a thousand times you can easily see why small business have not started hiring. At this point in the normal economic cycle we should be seeing steady growth and have already turned the corner. We don't because the burdens on the real job creators is simply too great.
Posted by Jim C at 4:11 PM 1 comment:

Think I am going to try to revive the blog

We will see if I have the drive to stay with it. Fair warning to the security followers. (If there are still any it has been a year since I posted last) I expect this to become basically political and normal ramblings from now on out.
Posted by Jim C at 11:51 AM No comments:

Guess it is a mostly country night - Gunpowder and Lead

Republicans interred terrorists in Cuba in a time of war

Democrats interred Japanese and German American Citizens in America in a time of war
Posted by Jim C at 5:01 PM No comments:

Democrats started the KKK
Posted by Jim C at 7:49 AM No comments:

Never forget
Posted by Jim C at 7:47 AM No comments:

An open letter to the President

Stop blaming your failures on others. I have been at two events dealing with the health care debacle that is occurring. I am not a radical. I am not a racist. I am not an "evil monger". I am not a sheep to follow others blindly. I have not been given a script to read and no one has helped me find my way to these events. Certainly no one has offered to bus me anywhere or printed out signs for me. Fear is not my primary motivation. I am most certainly not bearing false witness. You and your counterparts may be saying these things to create a cloud of doubt or you may honestly believe what you are saying but if you honestly believe that what is occurring is an artificial construct of your political enemies then you truly do not understand the depth of loss of trust in you that is happening.

Many of us voted for you and almost all of us supported you for a while as our President. My neighborhood voted overwhelmingly for you. That would not happen right now. That loss of trust is happening and it is very real.

I and many others who have been persistently trying to politely voice concern and ask questions simply want an honest discussion that occurs over a long enough time period to get the facts out. Instead we are demonized, ignored, and in some cases physically attacked for daring to ask those questions.

In every event I have seen video of, the initial questions were quite polite. It was not until the people were ignored, talked down to or verbally accosted by the reps or their lackeys that things became more tense. At this point your "punching back twice as hard" has caused people to stop turning the other cheek. Even in those scenarios the only escalation is verbal and remarkably mild verbal in comparison to the political discourse of the last few decades (and certainly the last 9 years).

We are not the stupid sheep that we are being made out to be. I know very well that the end of life consultations are not intended as a "death panel" but I also know that they could become exactly that in function if mandated. I realize that the cost of medicare is at the point that it will soon become insolvent but I am not convinced that the way to solve that government induced failure is to impose similar government controls and concepts to the entirety of the rest of health care and to every single citizen of this country.

Fear is not driving us. Knowledgeable concern is driving us. The hubris of trying to forcibly alter (or take over bureaucratic control of) a fifth of our economy in two months without real debate or even one clearly written bill is driving us.

It is not a "Hope" issue it is a "Trust" issue. I do not want to have to hope that I can trust the government.

I am mostly happy with my healthcare. If I wasn't I could always find different care. I am ok with the government trying to find ways to expand the coverage base for the uninsured that want it. I think it is disingenuous to say that the uninsured do not get care though. I would be very OK if the government limited lawyers from specious lawsuits against sound medical practices. I would find it acceptable if the government removed barriers preventing me from having choice in private insurance but I do not want a government option. I believe that more people will "fall through the cracks" in a government system than in the system we currently have.

I think that 15% of our economy is worth 6 to 9 months of deliberation and not a hasty political cram.

I am loosing that respect though. It is difficult to respect people who do not appear to respect me. People who are prejudging based on appearances, racial groupings and socioeconomic status.

PS - I am completely aware that your staff will likely censor this from you but on the off chance you do read it I would certainly be willing to buy you a beer to talk about it.
Posted by Jim C at 2:48 PM No comments:

Perhaps this can be a music blog

Wife reminds me it is bed time.
Night all

No I haven't been hijacked

Just a music night
Posted by Jim C at 7:54 PM No comments:

I got you dancing

Drown in the Now 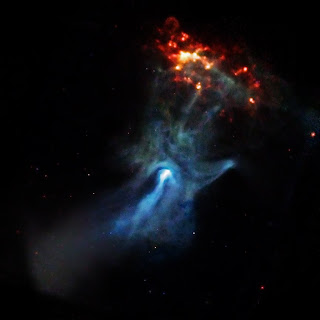